While at the Cavalier show I was able to pick up some more Pendraken 10mm Samurai from Second City games. They were a mixed bunch probably left over from someone else's collection. So together with my "Odds and Sods" I cobbled them together to make a few more stands. 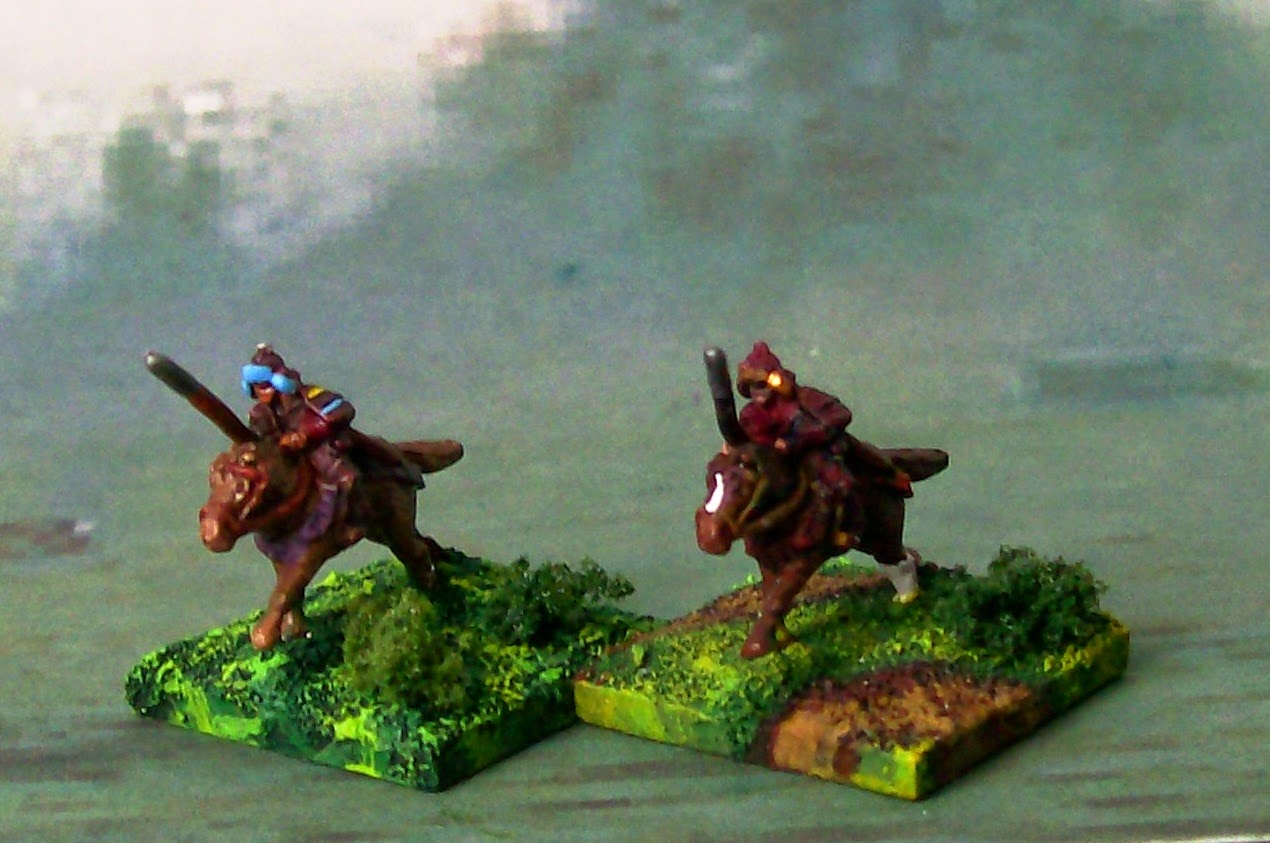 As my two agmies are currently matched I have decided to make a Green force. Which I can use as an ally of either of my other armies. Not a large allied force as there are only 7 stands of infantry. And 2 of those stands may actually join my main armies as by checking the pose and the catalogue number it identifies them as Samurai with Naginata.  The issue being that the Naginata in question seem to have very short handles and to my untrained and now squinting eye look more like No Dachi (2 handed swords). So I may be better off pretending that is what they are.

4 of the Cavalry stands are already put aside for my other armies but the 5th one can belong to the allies. It just balances everything up nicely this way.

The last 2 figures are Samurai mounted separately as messengers. It is quite possible that when they do deliver new orders they may get ignored entirely as the lord in charge of that section arrogantly chooses to do his own thing.

These were also painted as part of the Analogue painting challenge but I just did not get round to posting them on my blog during the challenge.

The VERY good news is that I have started to paint already, currently working on Battle-tech mechs. Just to do something for me and to keep it light.

Thanks for looking and with any luck another post come Monday.

Take care watch the rugby and have some fun with a paintbrush in your hand. 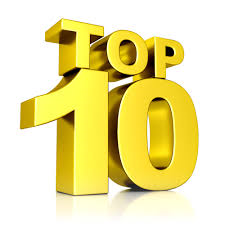 Well the Analogue Painting Challenge has ended for another year. And as my 2nd year involved I have done slightly better than last year managing to get in the top ten painters. Which means I have come in at no.10. This is not a measure of skill but of production. If it was skill I would probably have come somewhat lower. Still I worked to the criteria and I for one am pleased with my 10th place.

Next year (assuming there is another challenge) I will act very differently. I will settle on a lower production level but I will enter the side challenges and try to amass bonus points where I can. As this year I did not do any of the bonus rounds I just wanted a "Pure Points" target. I hasten to add there is no slight intended by anyone who went for bonus points it is all part of the challenge and as I have said next year (well late this year) I will do the same.

I still have figures to put on my blog from the challenge and will start doing that soon, just not today. One of the issues I have had with the painting challenge is that I was only allowed to make post onto the challenge forum on set days (Every Monday in my case). This has meant that my own blog has suffered as here I would normally post every other day. So to get back in the swing I will post again tomorrow. And then every other day after that. Well that's the plan but I am sure real life will stop that soon.

So thanks to you all for your support and in 9 months it all starts again! 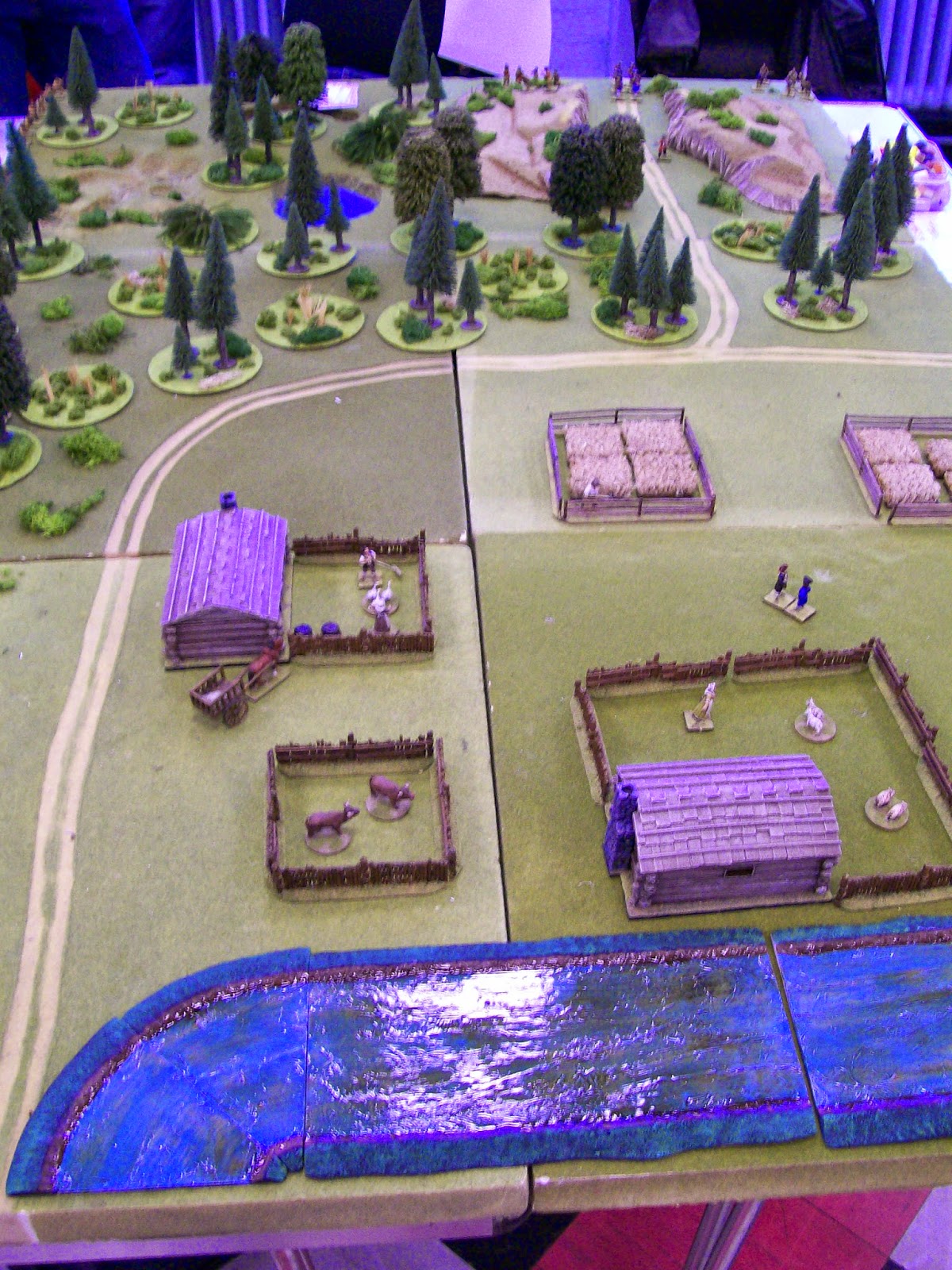 Well as you saw from my last blog post I did NOT have a big spend at the "Skirmish" show in Sidcup on Sunday.

But as a club Rainham was going to put on a game. And to my mind at least it was one of the best looking at the show. "Skirmish" is only a small local show and to be honest has a mixture of model kits and toy soldiers then a smaller selection of  wargames stuff. But there is usually enough to keep it interesting.

So anyway Rainham was going to put on a Muskets and Tomahawks game. Everything was supplied by Tim, the terrain the figures the rules and the ideas. So I really will take NO credit for his excellent work.

None of our group had ever played "Muskets and Tomahawks" and I found the rules fairly intuitive and quite easy to pick up. I did struggle with different units being able to move different rates a challenge. But once in the swing of it and if I played a couple more games I would be happy enough.

So that was the small local show for me. Being Mothering Sunday foot fall was a bit low as certain people could not get a kitchen pass out of the house!


Overall a good day. But here are my highlights which cannot go in pictures.
That's it folks. More to come in a couple of days. Take care, paint figures and have some fun, all the best Clint I have been feeling a bit down these last few weeks hence the lack of posts. But today I went to a small local show and helped put on a game and it has brightened my mood a little. No not because I won, I lost. Have you not realised I always loose. So yes lost again, or I would have done IF we had actually finished. So while it technically might be a draw, for me it might feel like a win! But it was actually a loss.

But I thought I would do a very quick loot/swag post as I tend to after shows! So here goes.  Other then food here is what I bought.... as for food I bought a corned beef and salad roll and 2 cans of coke, but 1 can was free from the organiser so I am not sure that counts.

So what was my MODEST loot list. Well very modest.

3 28 mm martial artists. I have an idea for a zombie game set in a dojo and for £3 I thought to explore the idea.

1 Beltfed miniature of a topless female Viking. When I say topless I do not mean I only bought the legs! I got her because I want to do some Conan wargaming this year. (She is not for the Zombies in a dojo idea.)

The "Fist full of Kung Fu" rule book was actually purchased via a trader on Amazon. (Which turned out to be Cavalier books) and I want to say how good the service was. You really could not get better. In this case I ordered it lunch time on the Friday and it arrived lunch time on Saturday. So about 24 hour service. Having read the rules they will not be suitable for the "Big Trouble in Tiny Dojo" Idea. But they may get used later. I have ideas but not yet plans.

I will do a show report and some chit chat later this week. But for now I am going to look at my figures and dream!